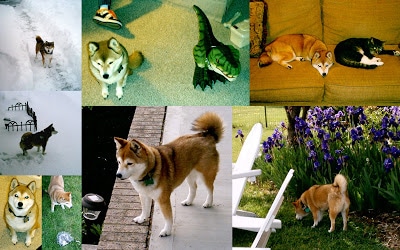 I've had quite a few people comment on our dog pictured in the sidebar so I thought I'd devote and entire post just to her.

First of all she is a Shiba Inu which is a Japanese breed. There are more Shiba Inus in Japan than any other breed, but they are definitely not as common in the U.S. 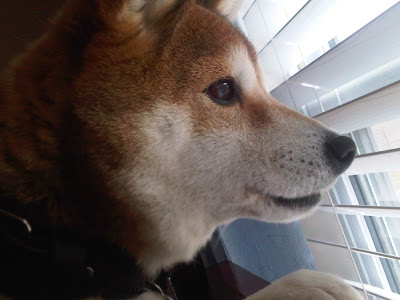 Shibas are very much of a dog's dog. Although she's a smaller breed (15 inches tall and around 20-22 pounds) she has the personality of a much larger dog. She will go after almost animal that enters her yard and will. not. back. down. I have had to pull her away from a groundhog (I don't think he's Punxsutawney Phil though) 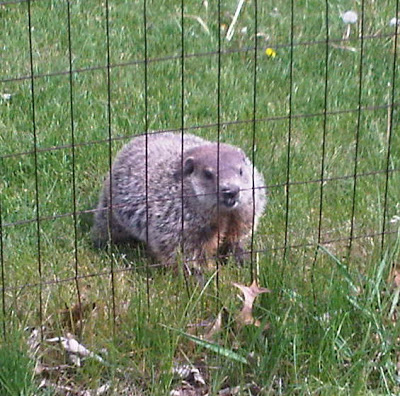 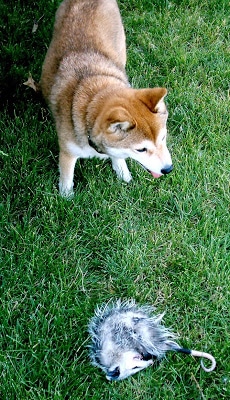 She also goes after raccoons, chipmunks, squirrels, ducks, snakes, moles, birds, turtles and just about anything else that has the bad luck of finding it's way into the backyard.

This is a snapping turtle that had wandered over from our marsh area. I thought he was just a regular old turtle, so I'm glad we didn't try to pick him up. He has twigs and marsh scum hanging off him.

and a opossum (no, the opossum is not really dead, he's quite convincingly playing opossum which my husband found out when he went to dispose of him - thank god he had gloves on). 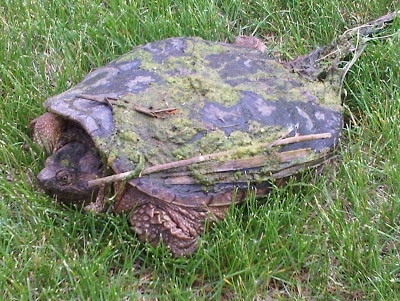 Here's Sheba looking for more friends in the marsh. She'll go all the way in the water if we let her and then she smells like the snapping turtle looks! 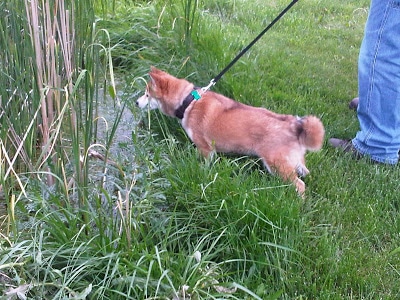 Some strange facts about Shiba Inus are that they are very clean dogs and extremely easy to house train. They hate being dirty, so they want nothing to do with having poo in the house. Sheba was house trained within 24 hours of coming to our house and has never had an accident since then.
They also have this really weird high pitched scream they do when very upset. It's unlike anything you would expect to come from a dog (or cat or alien from Mars for that matter).

A huge downfall to Shiba Inus are they love to run away from home. You have to have a fence if you have a Shiba and it is extremely rare for one to ever be able to be off leash. If Sheba gets out the front door she is gone. She takes off at a dead run and never looks back until she is so far from home she would have no idea how to get back if she wanted to. 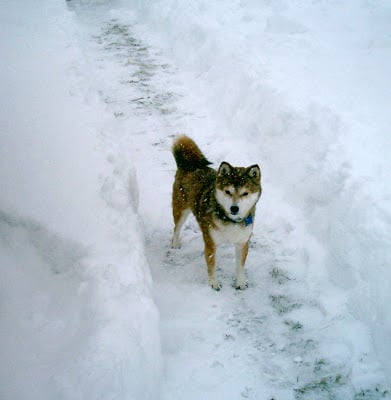