I don't know about you, but when I go to an estate sale I try really hard to believe that the people that lived in the house have moved on to sunny Florida and they just need to get rid of some of the extra stuff they've accumulated over the years.

Can't wear a mink coat in Florida, now can you?

No use for a lawnmower at the retirement villa.

And no need to keep your 70's orange Tupperware when you're going to be enjoying all those early bird specials at Home Town Buffet. 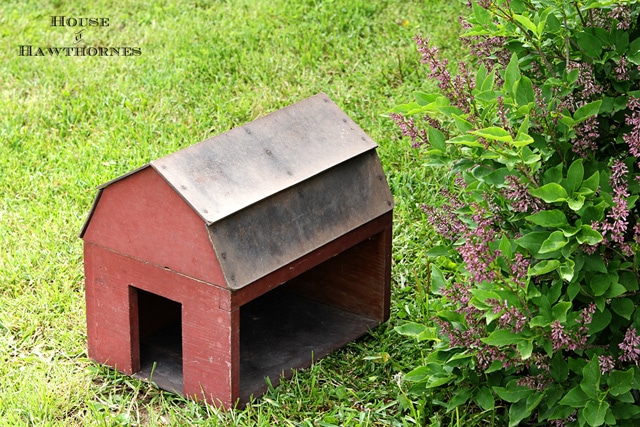 But there is always someone who ruins it for me.

Maybe a neighbor from down the street that tries to strike up a conversation with me by mentioning that Fred died two months ago and he had been waiting for this sale so he could buy Fred's tool bench.

Maybe it's the worker at the estate sale who, when I mention what a neat house it is, tells me that it is going to be listed tomorrow, because the kids of the lady who died need to get rid of it fast.

Or the homeowner's daughter quietly asking the estate sale crew if they have found her mom's wedding photos yet, because before she died she told her daughter to make sure she kept them safe. 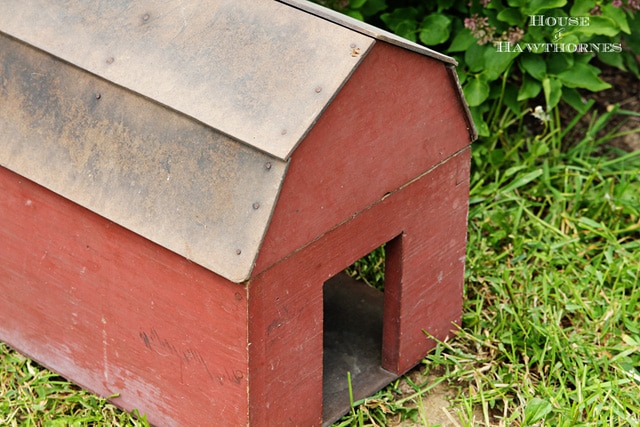 It's hard to stick my head in the sand, when at every turn, I'm reminded of the fact that I am buying dead people's stuff.

Not that I don't like dead people's stuff, there are some great deals to be had at estate sales and auctions. But there is definitely something weird about traipsing though someone else's house and snatching up their once cherished items. 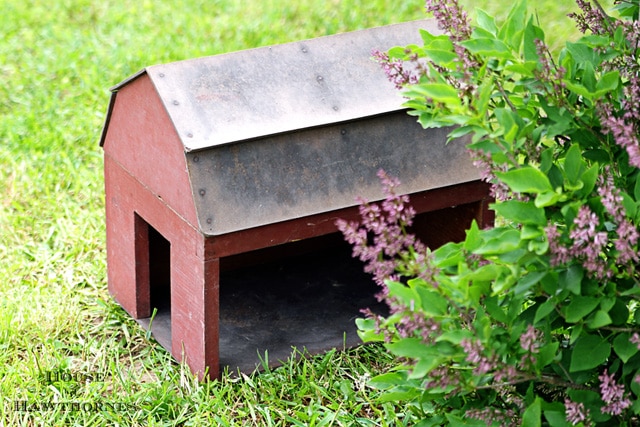 Speaking of dead people's stuff, I found this cool old barn at an estate sale this weekend. I have no idea what I am going to do with it, but it was pretty neat and the whole reason I went totally out of my way that day to attend the sale.

Not sure if it is a kid's toy or maybe an unfinished bird feeder?

I'd ask the previous owner. But he's dead. Or so I've been told. 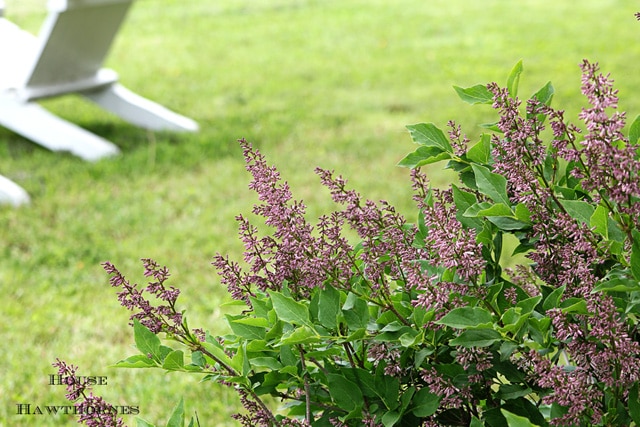 I sure hope he's smiling up there in heaven knowing that I'm enjoying his barn.

Do you go with the stick your head in the sand theory at estate sales? Or is it just another place to find good deals for you (not saying you're heartless of anything)?