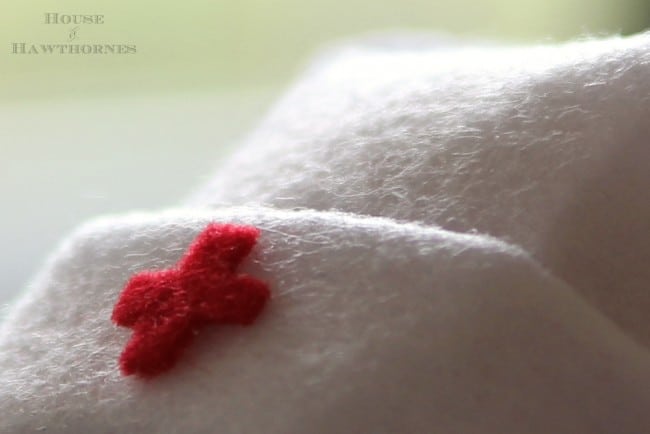 I've always had the utmost respect for nurses. They are some of the most dedicated and hard working people I know, so I was super excited when my friend Sandy offered to do a guest post for me on my blog.

Hi, my name is Nurse Sandy. 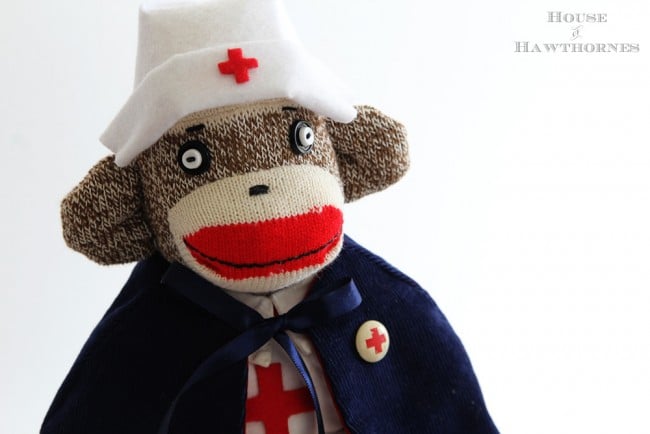 Pam asked me to write a blog post for you today. The poor thing doesn't have the most up to date equipment here though, so I'll do the best I can. 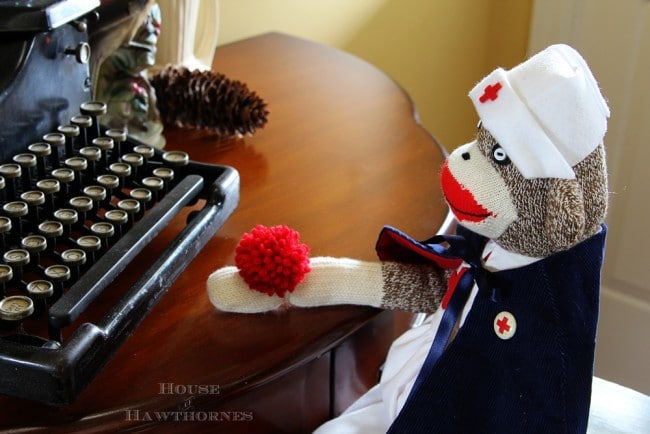 I thought I'd tell you a little about myself. A monkey tale, if you will.

Some say I was named after Hurricane Sandy, but since that only happened a few months ago and I am a much more mature nurse, I can't quite figure out how that happened.

I used to be stationed at the Red Cross in Northern Minnesota with a sweet woman name Vickie. She writes a blog called Ranger 911.

There were lots of my kind at Vickie's house because she sort of has a thing for sock monkeys. She has us all over her house. 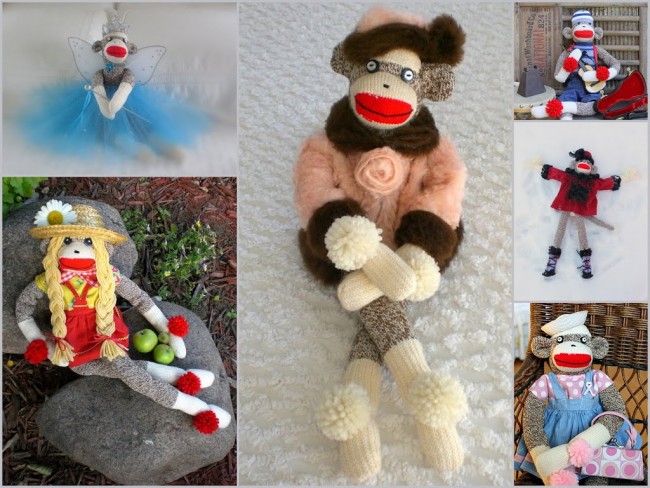 source - Ranger 911
And let me tell you, she was one fun woman. Lots and lot of shenanigans were had at her house!

Until the whole monkeys on the bed incident. It seems that someone was egging on five of my monkey friends to jump on the bed. I said no, no more jumping on the bed! 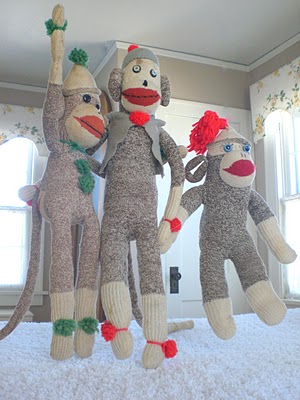 source - Ranger 911
Well, they didn't listen to me and a few of them bumped their heads.

I tried to patch them up as well as I could, but I guess Vickie thought I was the cause of all the bedroom trouble, so next thing you know she was shipping me off to Ohio.

That is how I came to live with Pam.

And there is a lot to do here in Ohio, with the flu season upon us and lots of people needing their shots. 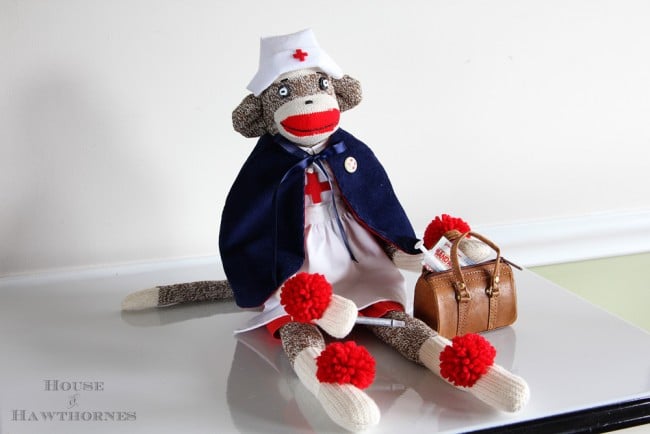 The very minute I climbed out of my box, Pam put me straight to work. 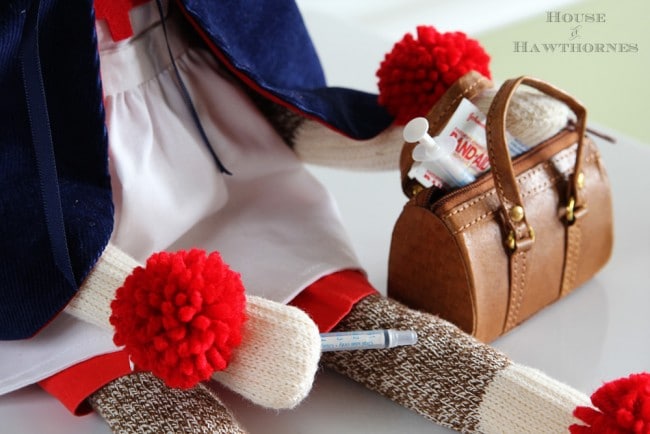 So far I haven't gotten out of the house to see much of the Buckeye state (what the heck is a Buckeye anyway?) But after the flu season passes, I'll be able to go check out some thrift stores with Pam and maybe have a few drinks at one of the local monkey bars. Might even get all dolled up and go to the Columbus Zoo and meet me a prime mate.

If you have a second, go over to Ranger 911 and tell Vickie that I'm doing OK here in Ohio and that I miss her. Pam told me that Vickie might have a new monkey at her house now. Hope the new girl doesn't get in tight with the bed jumping crew!