I have a new potting table! 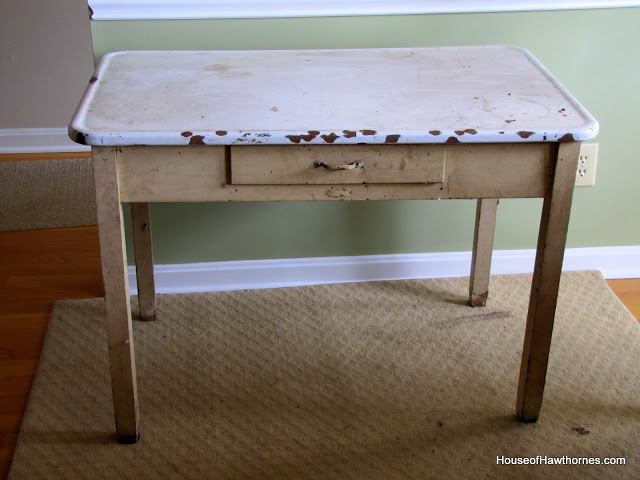 A little rough (to say the least). Very, very rough.

But when I showed you how to restore a vintage enamel top table it came out looking like this. 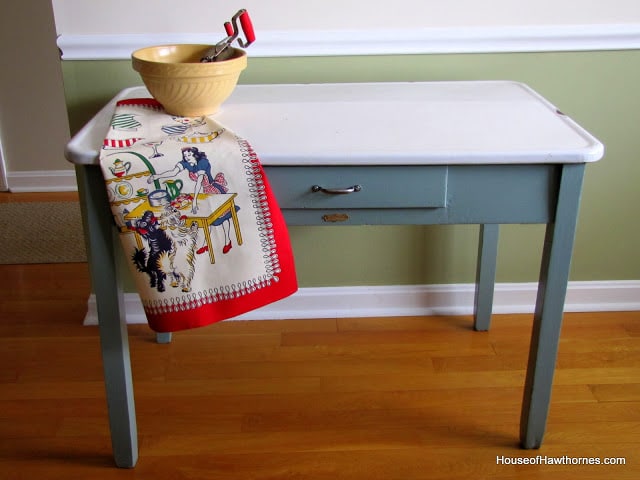 Well, a couple weeks ago I still had not moved it out of my kitchen down to the family room where it was going to live. And I needed to pot up some flowers. 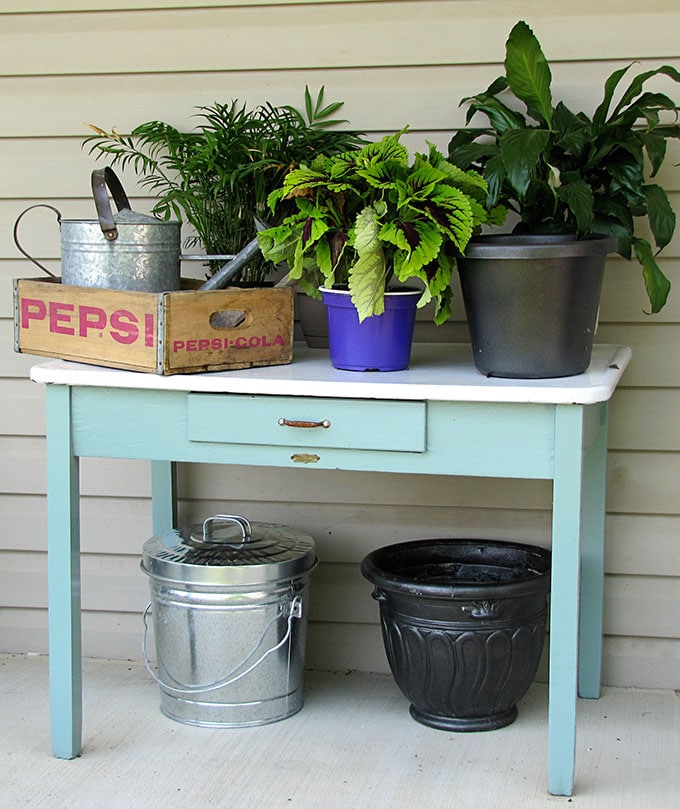 So, I put one and one together and decided to move it outside temporarily to use as a potting table.

And I love it out here!

It's actually been quite useful outside, because when it's not doing potting table duties it can work as a small dining table. 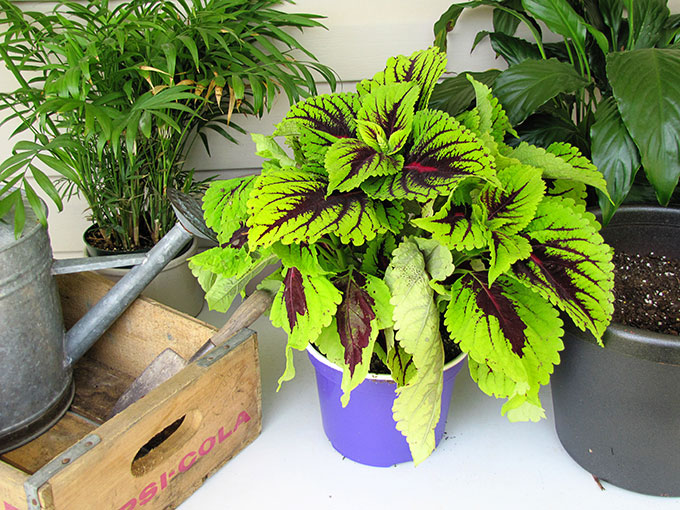 I found the small metal trashcan online and it's great for storing my potting soil. 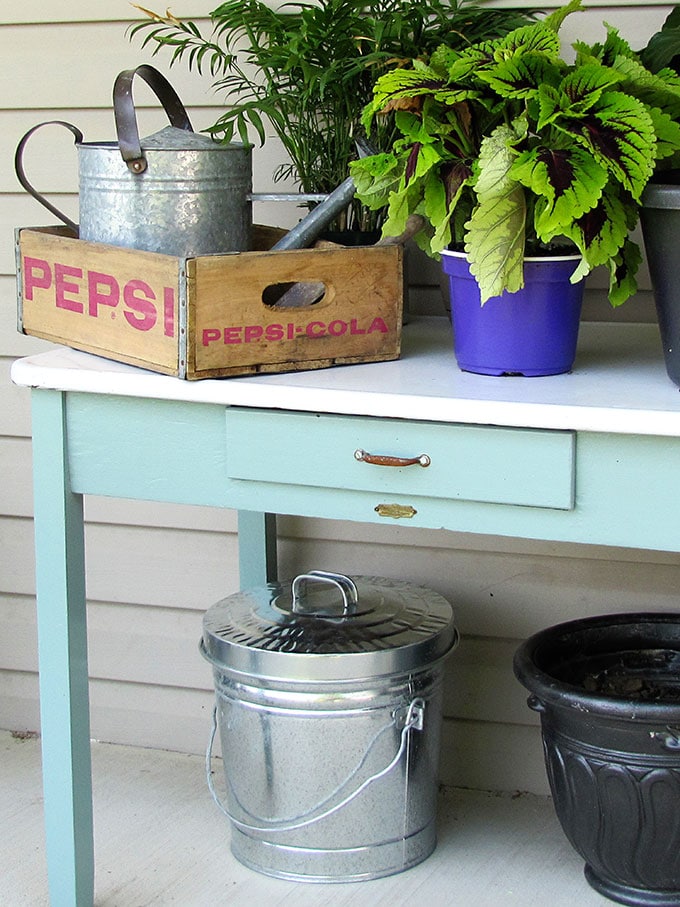 And this is a Pepsi crate that I bought at an estate sale for $3.00. It's being repurposed into a gardening tool caddy (we're a Coke family here, so I didn't feel too bad in putting the Pepsi crate outside and making it work for a living). 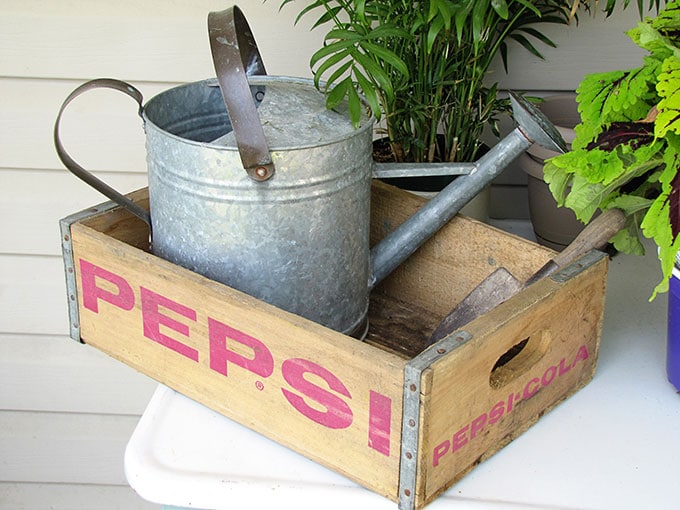 So if you've always wanted a potting table or potting bench, but haven't wanted to DIY a whole thing with power saws and all that. And didn't want to spend the money on buying one pre-made . . . maybe make one out of something you have around the house.

You just really need a sturdy table to get you going in the right direction after all.

EDITED TO ADD:  Some people have asked me about this plant. It's a coleus.

The place where I bought it didn't have too much info on the tag other than "coleus", but I think it is a Kong variety, which generally have huge leaves and taller plants.

They do well when they get just a little early morning or late afternoon sun, although some coleus love the sun. 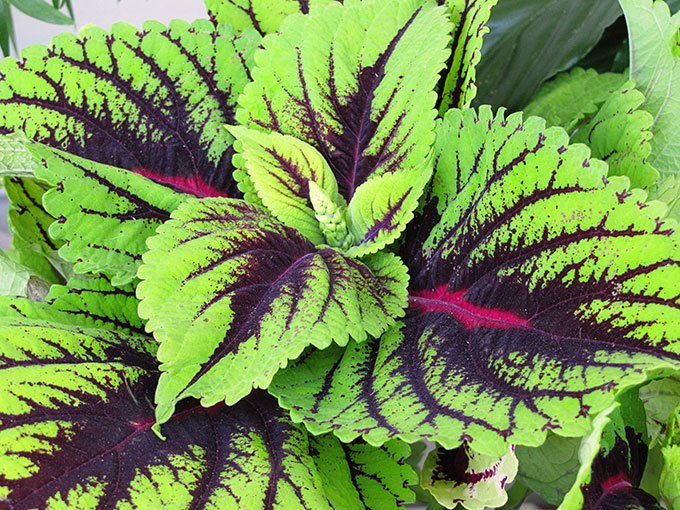 The other thing people are asking is about the small metal trashcan - you can find them on Amazon HERE - Metal Trashcan. And coleus plants/seeds can be found HERE - Coleus Plants.

« The One That Got Away
Vintage Picnic Finds »