I think I may have found a new mascot for Twitter.

Isn't he about the cutest birdie vase you've ever seen!

I found him at a church rummage sale on Saturday. He's actually quite petite. The whole vase is only 4 ½" tall.

I only went to two sales this weekend. Two.

Count them with me. One. Two.

I started out with high hopes, but awoke on Friday morning to rain. Certainly puts a damper on a thrifting girl's weekend plans when the first thing you see in the morning is the wet stuff.

I found one die hard sale down the street from me that had moved all her stuff into her garage/barn. So I did manage to buy a few things there.

One of which was my vintage Smith-Corona Galaxie typewriter that I showed you on Saturday. 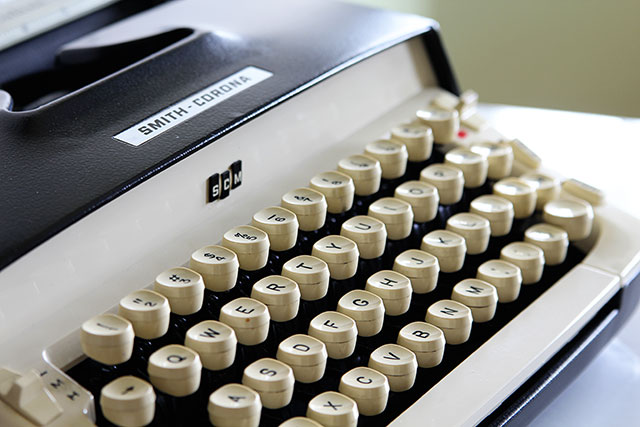 Do you think I can just quit putting "vintage" in front of the word typewriter now? I mean isn't every typewriter vintage, just by the fact that they are obsolete?

Hope he didn't hear me. I still love you, Mr. Galaxie!

Seriously though, isn't this about the sexiest typewriter you've ever seen? 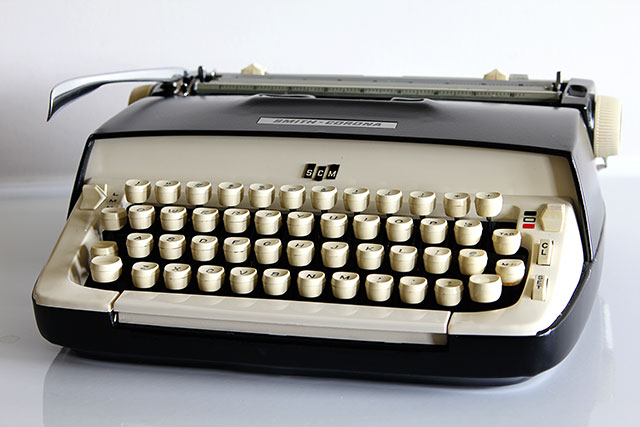 I have visions of Don Draper tapping out some advertising slogans on this baby. 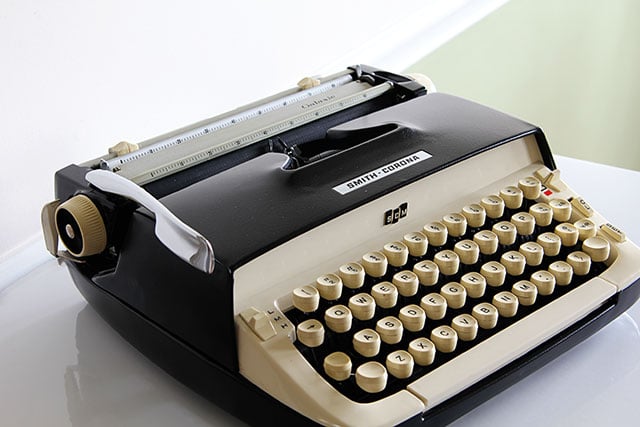 And then on Saturday I ended up going to the church sale.

Where else can you find a cool Jif peanut butter jar. 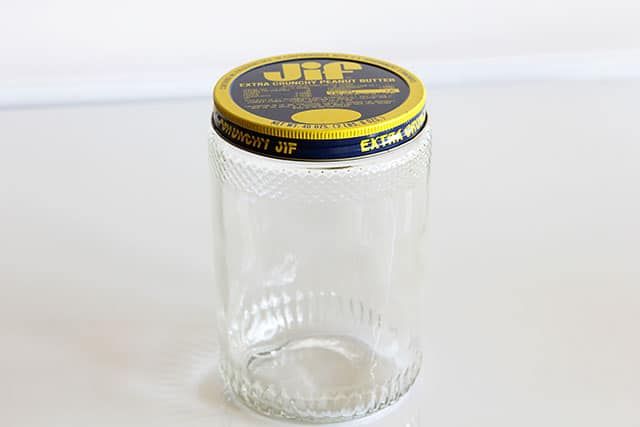 It probably isn't that old, but at least it doesn't have a bar code on the lid.

Some other things I found this weekend are a little white wooden table for the porch, a turquoise fishing tackle box which I'll use in my office and a big, fat turkey. 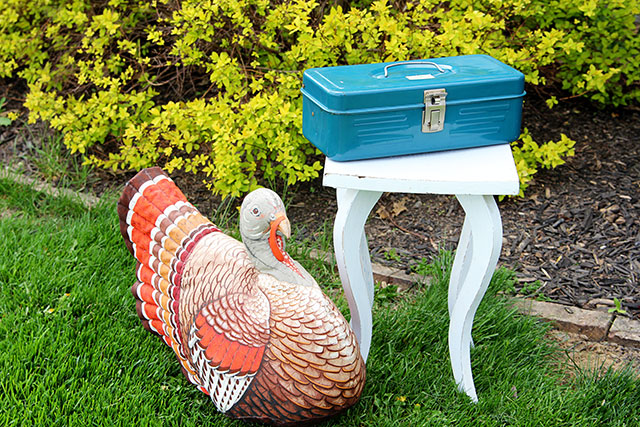 The turkey was my son's find and now I just have to store the silly thing until Thanksgiving comes around.

Last night I was going through some old photos and realized that I hadn't shown you some of my thrifting finds. They were just lost in la la land on my computer!

Like this Lawson's milk bottle that I found at the thrift store. 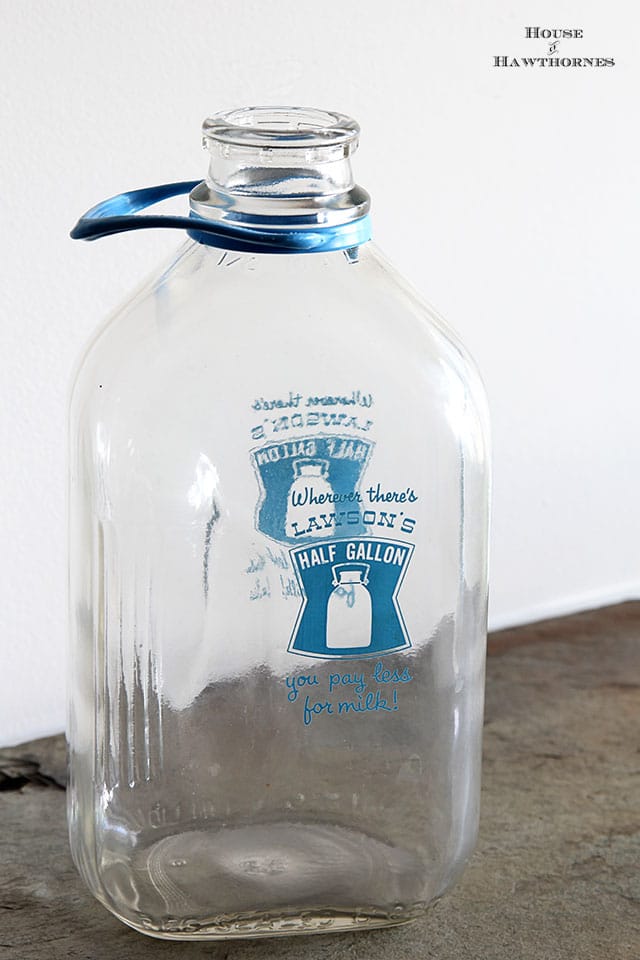 We used to have a Lawson's store in my hometown, so I thought it was neat. Going to use it as a vase, I think.

This clock that I found at the same thrift. I'm starting to have quite the collection of older clocks. That don't run. 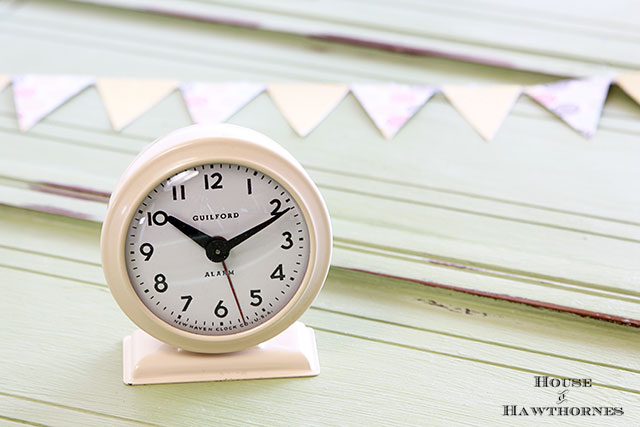 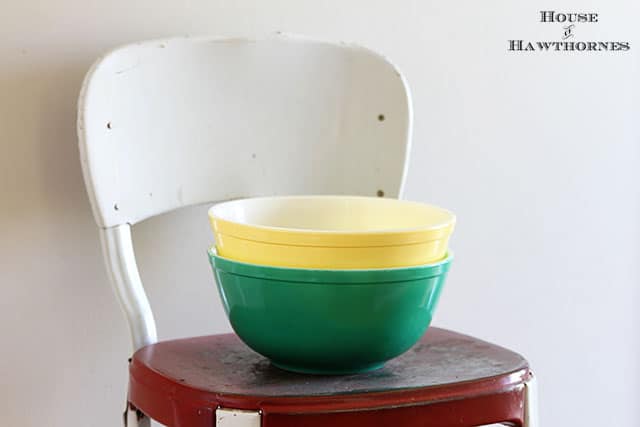 FYI, these are the perfect size for potato or pasta salad. You really should pick up a few for summer picnics.

On a non-thrifting note, I took a nosedive into a hawthorn tree yesterday.

We have a bunch of the trees lining each side of our property (hence the name of the blog, sort of, long story) and I decided to do some weeding and pruning. I tripped over a root sticking out of the ground and next thing you know I was headed head first into a tree.

I don't know what happened to my arms, but I sure didn't put them down to shield my fall. In the five minutes it took me to fall (in slow motion time) all I could see was four inch long thorns coming straight at me.

Again, why my arms didn't pop out to save me is a mystery.

Luckily I have a hard head and the thorns didn't stick in all the way. I walked away with lots of scratches, a few holes in my head and just a few thorns that need to work themselves out.

Just wanted you to know in case I need to change the name of my blog to House That Used To Have Hawthornes Before She Bought A Chainsaw. I'm beginning to hate those damn trees.

So how was your weekend? Any sexy thrifting finds? Any minor accidents involving vicious trees?