So let's do some Cracker Jack trivia for the 4th Of July: 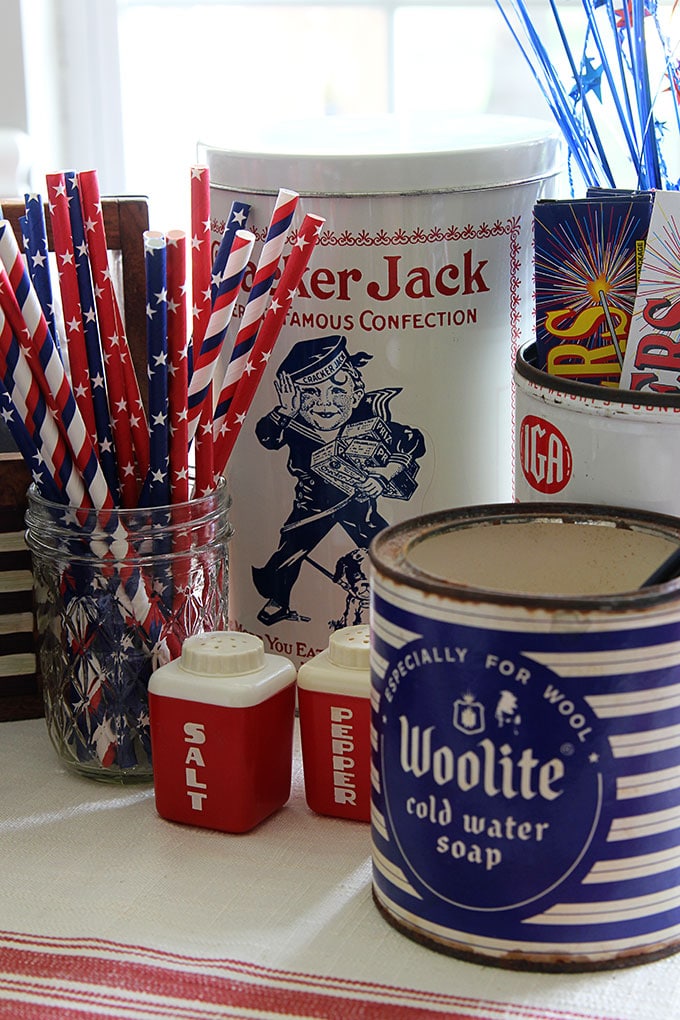 In other scandalous 4th of July news, I took a poll on my facebook page on which of these flag holders was liked more. What do you think? 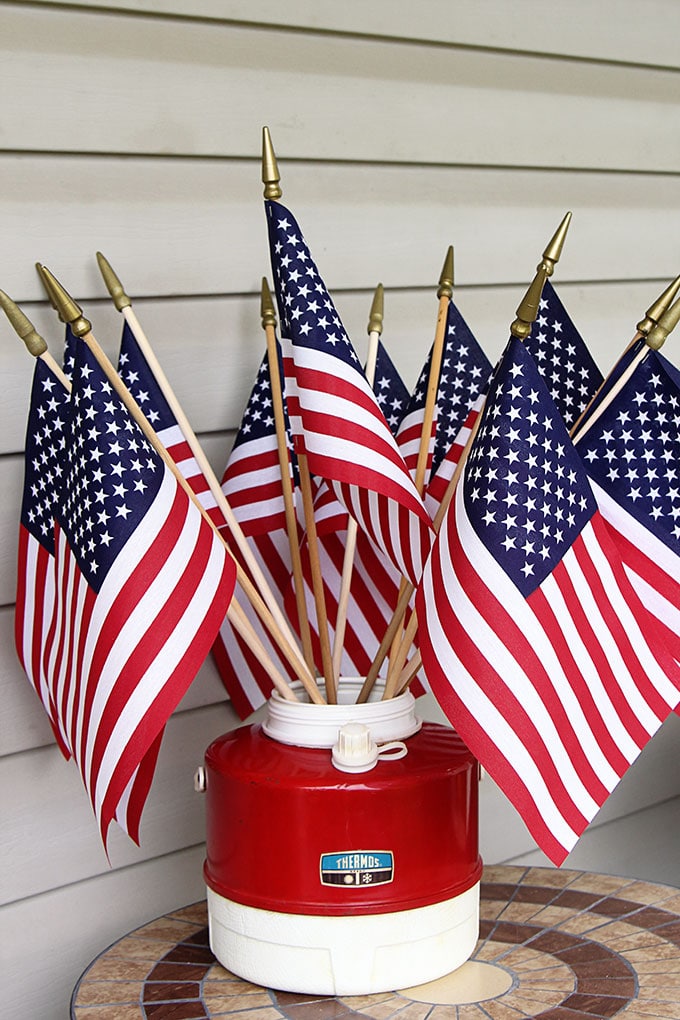 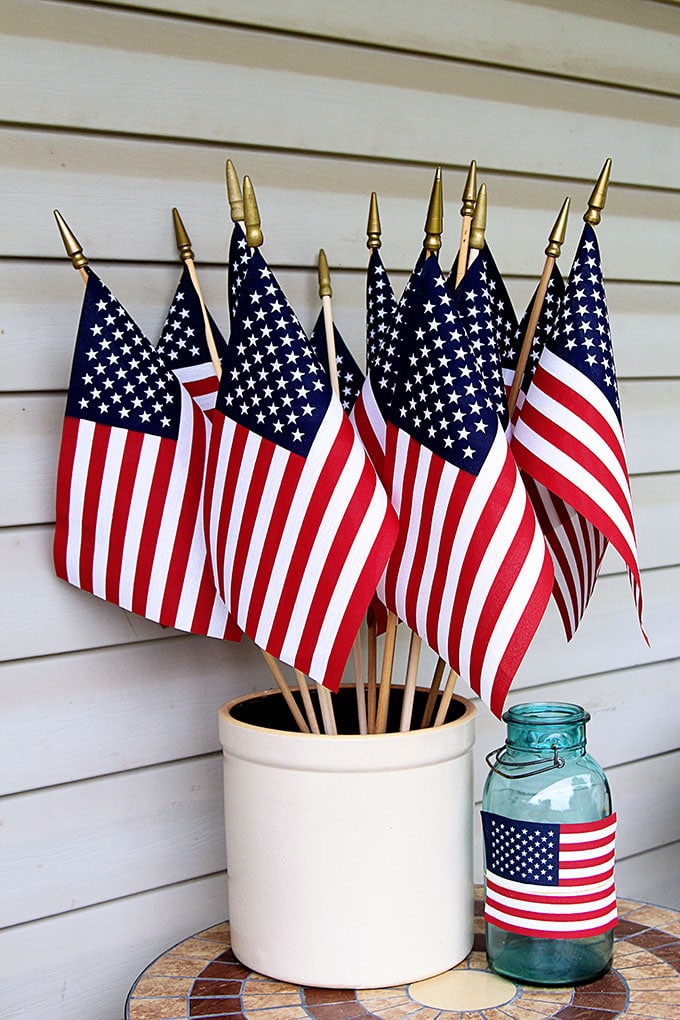 BTW, I put a small piece of styrofoam in the bottom of the crock and jabbed the flags into it so they would stand up straight. Otherwise they flopped over the the side.

And that 4th of July mason jar flag thingie up above in the crock photo? It is so simple I never even thought to do a whole tutorial on it.

Nothing permanent and it only took about 2 minutes to make. If you wanted to make it more permanent you could Mod Podge it onto the jar.

Sometimes simple is the way to go!

That's all I've got for you on this lazy 4th of July morning.

Can you tell RAIN is pretty much in the forecast here?

I hope you are enjoying your holiday weekend! (And for all my non-U.S. readers, I hope you enjoy your day too!)