Learn how to make super cute garden planters out of old rubber boots. Boot planters are a great upcycled planter idea as well as a fun piece of garden art!

Honestly, I had bought the most gorgeous shade of peach colored geraniums to plant in my boots. Just gorgeous.

Then when I was clearing off some work area on my potting bench, I accidentally knocked a lavender plant over and it landed on the toe of the boots and I got the brilliant idea (if I may say so myself) to plant the lavender in the lavender boots instead. 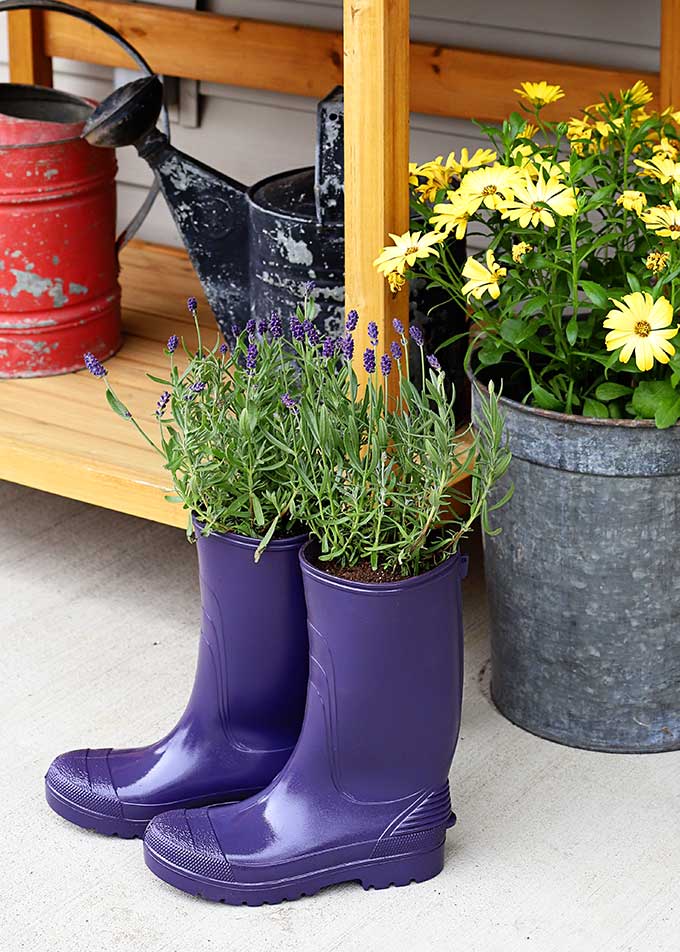 One would have thought I would have made that connection at the plant store, but no such luck!

They are mighty springy though!

How To Make Planters From Rubber Boots

Find some old rubber boots at the thrift store or in the back of your closet. It don't matter what color they are, because we can change that.

There's not much you can't change with a can of spray paint. 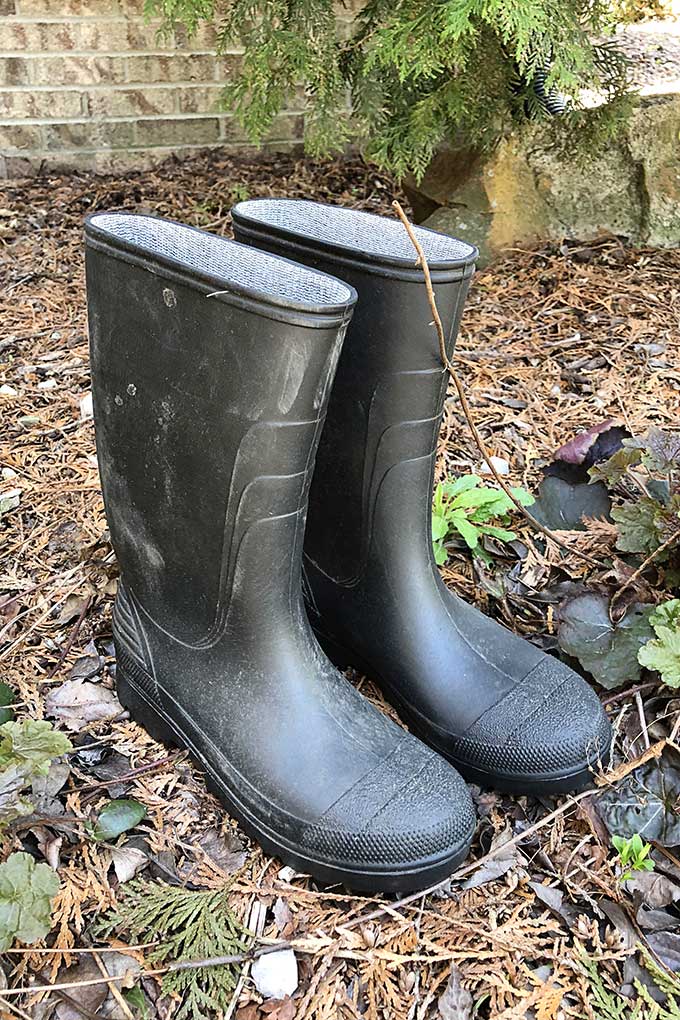 OK, your hair color. That might be one thing.

Spray paint your boots lavender. Or whatever color floats your boat. 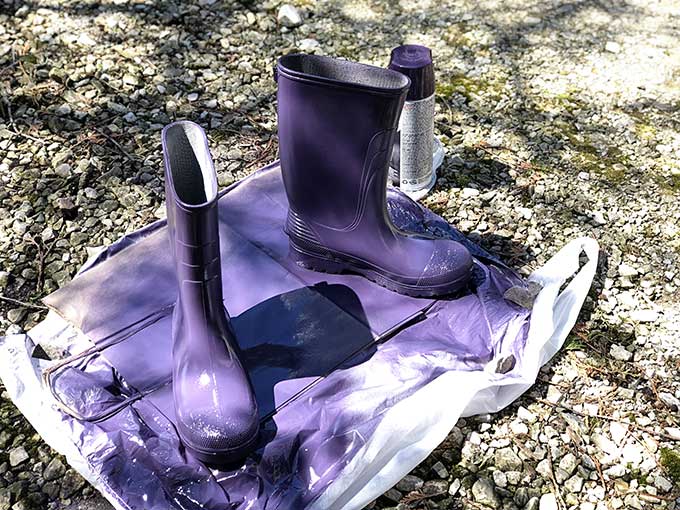 Drill a few holes in the bottom of the boots for drainage. 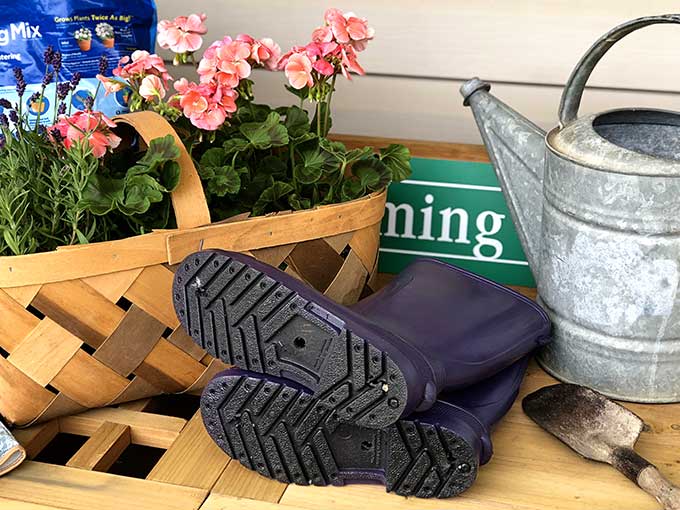 I'm fully aware it doesn't show up well in this photo, but believe me, each sole has three holes in it.

Fill bottom of the boots with a small layer of gravel for drainage. And then fill boots ¾th of the way full of potting soil. 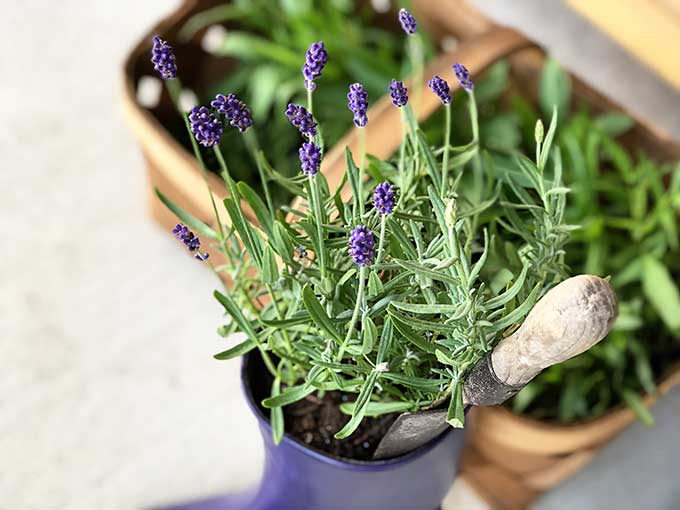 Really any plant would do. 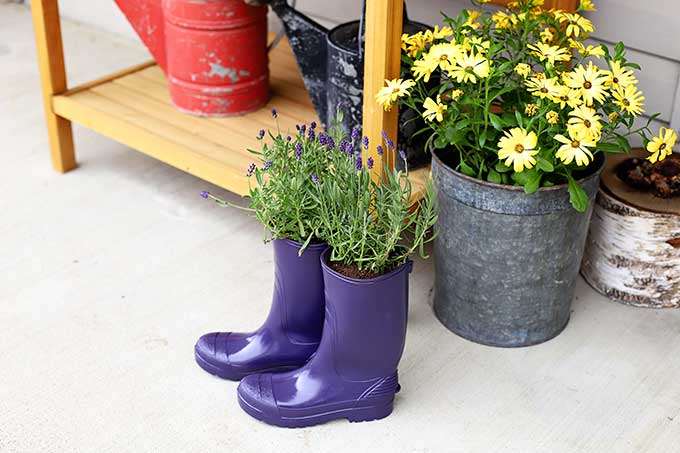 You could even go for a beautiful shade of peach colored geraniums if you want to get all adventurous! 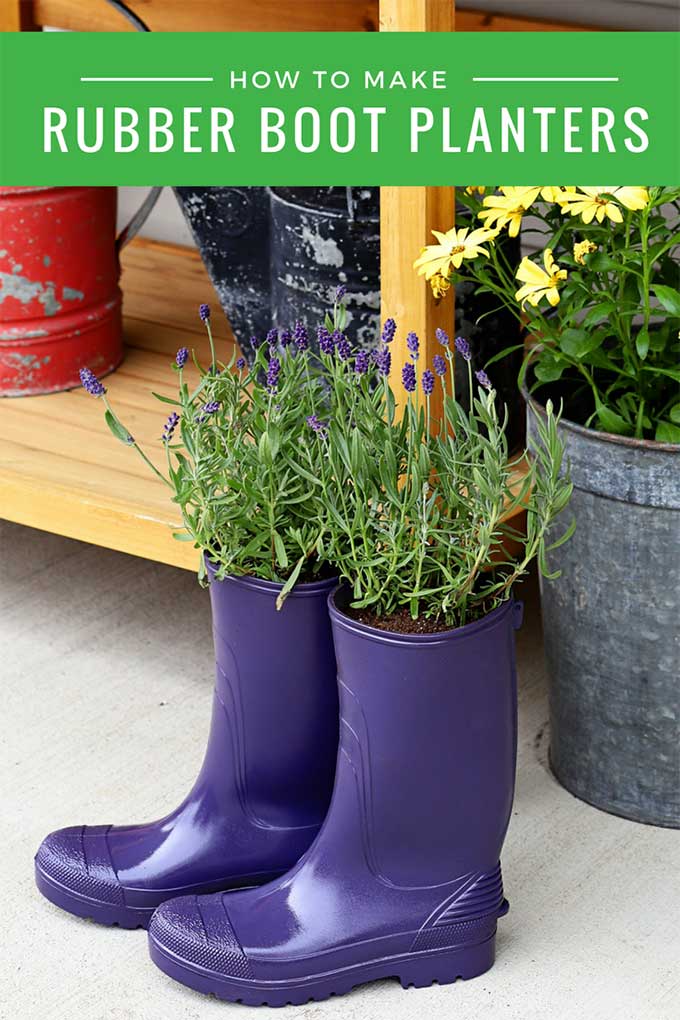 BTW, if you are looking for another fun rubber boot idea, Empress Of Dirt has a tutorial for How To Make Rubber Boot Dogs (they're adorable in a rubber boot sort of way). 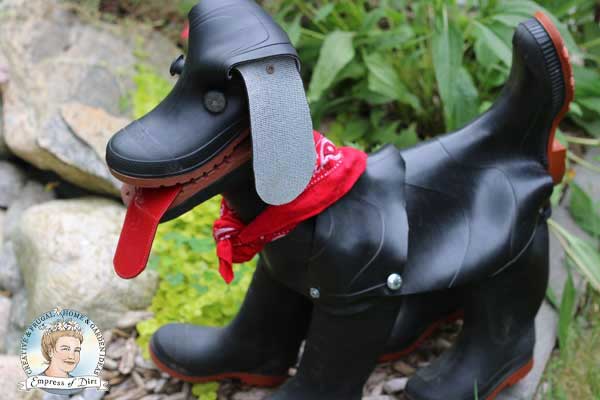 Other things you can repurpose into FUN garden planters:

A vintage toy truck can carry a Christmas tree during the holidays, so why not a load of succulents this summer -  Keep On Trucking: Fun Upcycled Planter Idea

The list goes on and on (you can find lots of upcycled garden planters on my post called 25 Upcycled Garden Ideas), but you probably have some flowers to plant in some old boots, so I'll let you go!