I have been lusting after all the vintage seed boxes that I've been seeing around the internet.

Lusting after one doesn't make me want to spend upwards of $100 for one though. 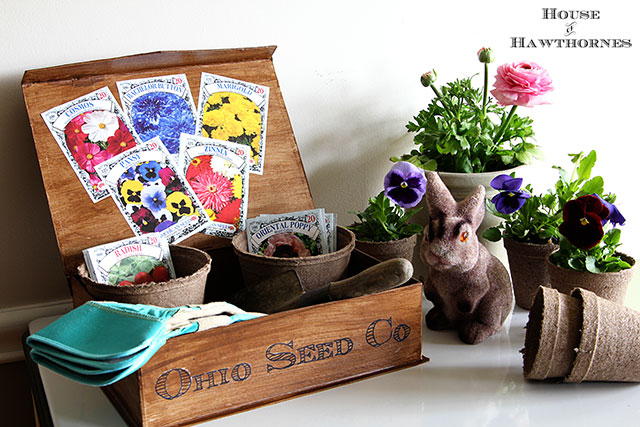 So I decided to try my hand at making one myself. 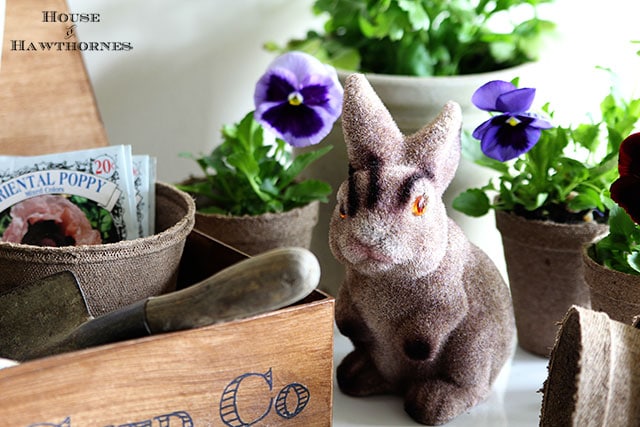 In my price range? Absolutely. 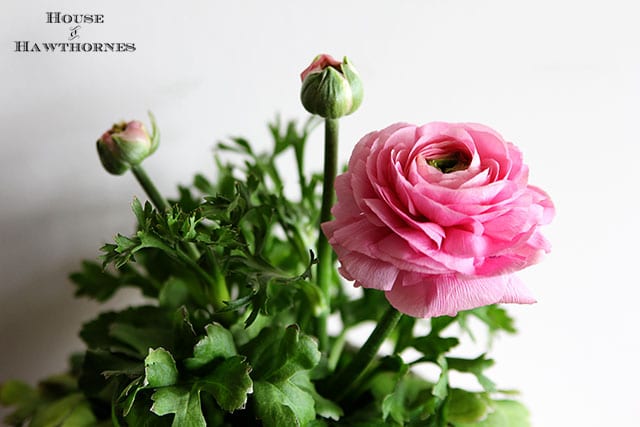 How To DIY A Vintage Inspired Seed Box 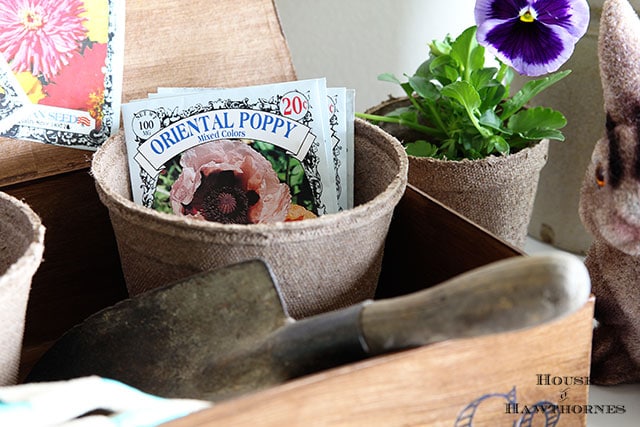 Now, you could use an old wooden box for this, but for some reason around here old wooden boxes cost an arm and a leg. Possibly a spare kidney too.

So I decided to use a paper mache one I found at Jo-Ann Fabrics instead. 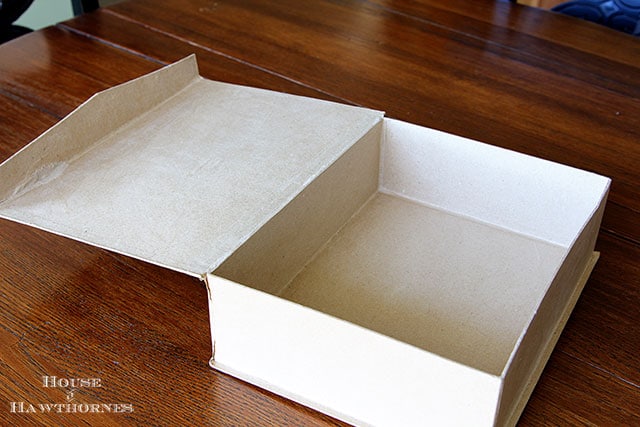 It was part of a set of nesting boxes with attached lids and the whole set of 3 was around $9. But, or course, I used a 40% off coupon.

No need to pay full price at Jo-Ann's. Ever.

I found these colorful seed packets at Wally World (Walmart to the rest of you). 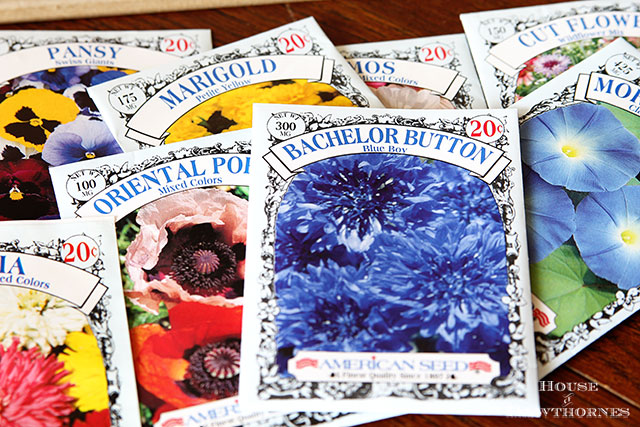 I loved them, first of all, because the graphics and design have a vintage look.

And second of all, they were 20 cents each.

So not only were they inexpensive, but the 20 cent price printed on the packet made them appear that they were from a long time ago. A time when seeds actually cost 20 cents a packet. 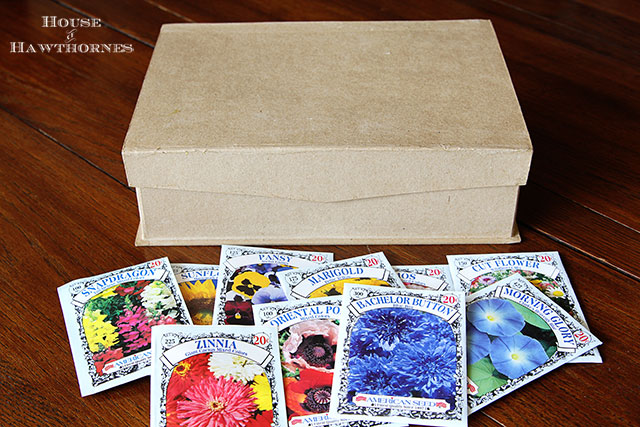 I started out by staining my box with Minwax's Express Color in Pecan, which is a water-based stain. 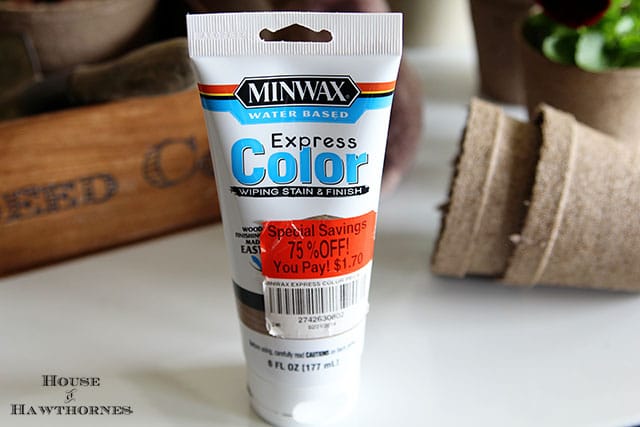 Notice the clearance sticker and price. They only had this one tube with that price tag on it, so Mrs. Cheapo grabbed that tube.

Now, I'm not a chemist here or anything, but staining a paper box with regular oil-based stain seemed to be courting a fire or spontaneous combustion or something. So when I saw this water-based stain I thought it was the way to go.

I applied the stain with a foam paintbrush, just painting it on in long strokes, to mimic wood. You can use a rag to apply it, but you won't get the same faux graining as a brush. 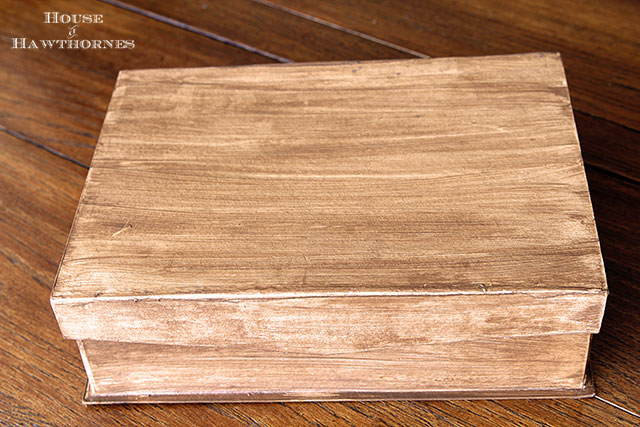 Then I cut the front covers off the seed seed packets that I wanted to Mod Podge onto the lid.

And put the seeds and the back covers into plastic bags, so that I could still use the seeds later. 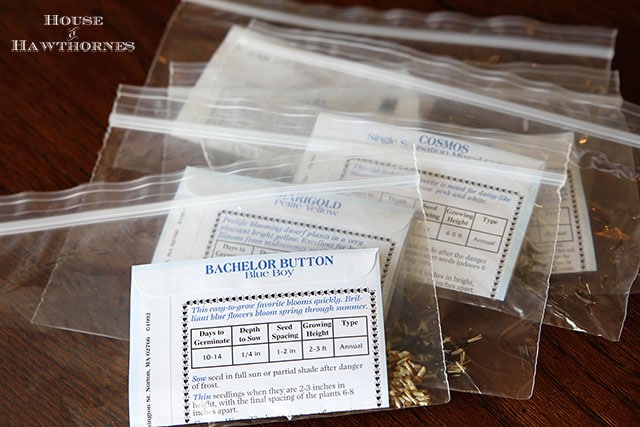 I applied the Mod Podge to the back of the packets and "glued" them into place. 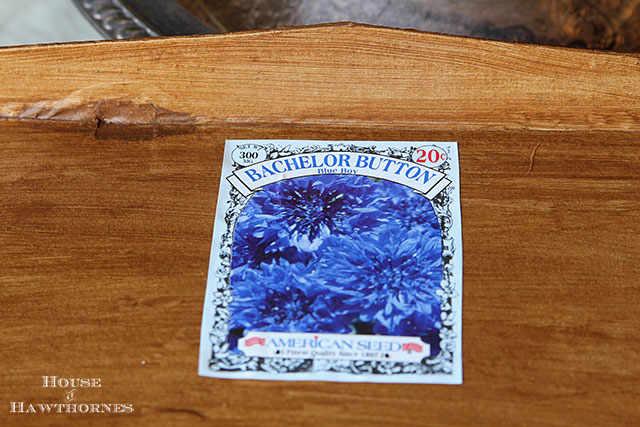 For the writing on the front of the box, I just printed out some wording on my computer, rubbed chalk onto the back of the paper, traced over the letters to get the chalk outline onto the box and then went over the chalk with a black Sharpie. 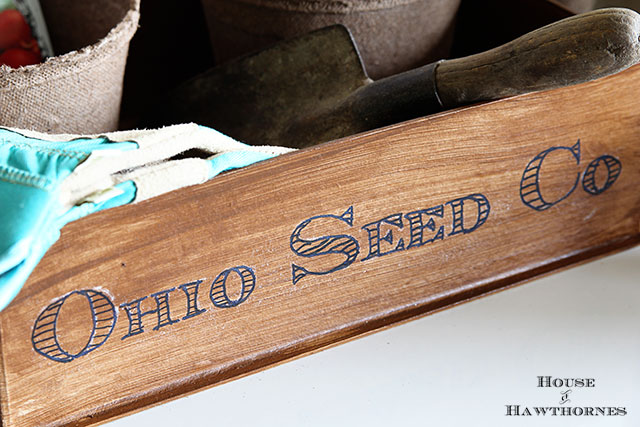 Originally, I had planned to distress my seed packets with those fancy inks from Tim Holtz.

Totally off topic, but did you know that Howard Stern, the radio personality, is a fan of Tim Holtz's inks. Small world.

Anywho, I tested a brown distressing ink out on a sample seed packet and because the packets have a sort of blue color to them, the distressing was coming out a distressingly strange color.

Not Mr. Holtz's fault, just couldn't get the look right, so I just skipped the distressing.

So, totally different look than I originally envisioned, but you know what? I'm sort of liking the bright colors!

We've had a long, hard winter and by golly, I'm going to let my bright and sunny freak flag fly! 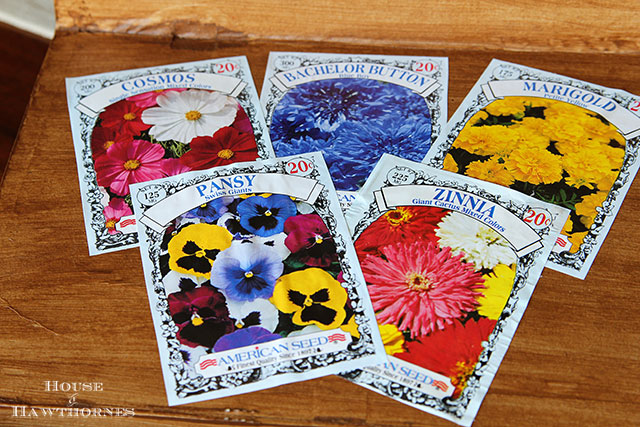 Almost forgot, the bunny wanted me to show you that he has a problem.

He has hole in his back. 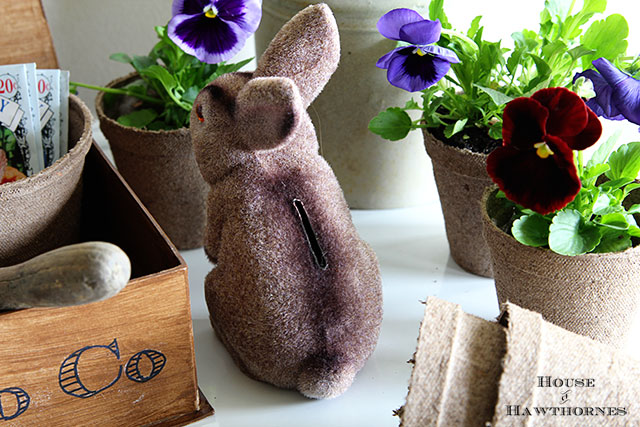 May have been a knife accident.

May be that he is a bank.

Could go either way. 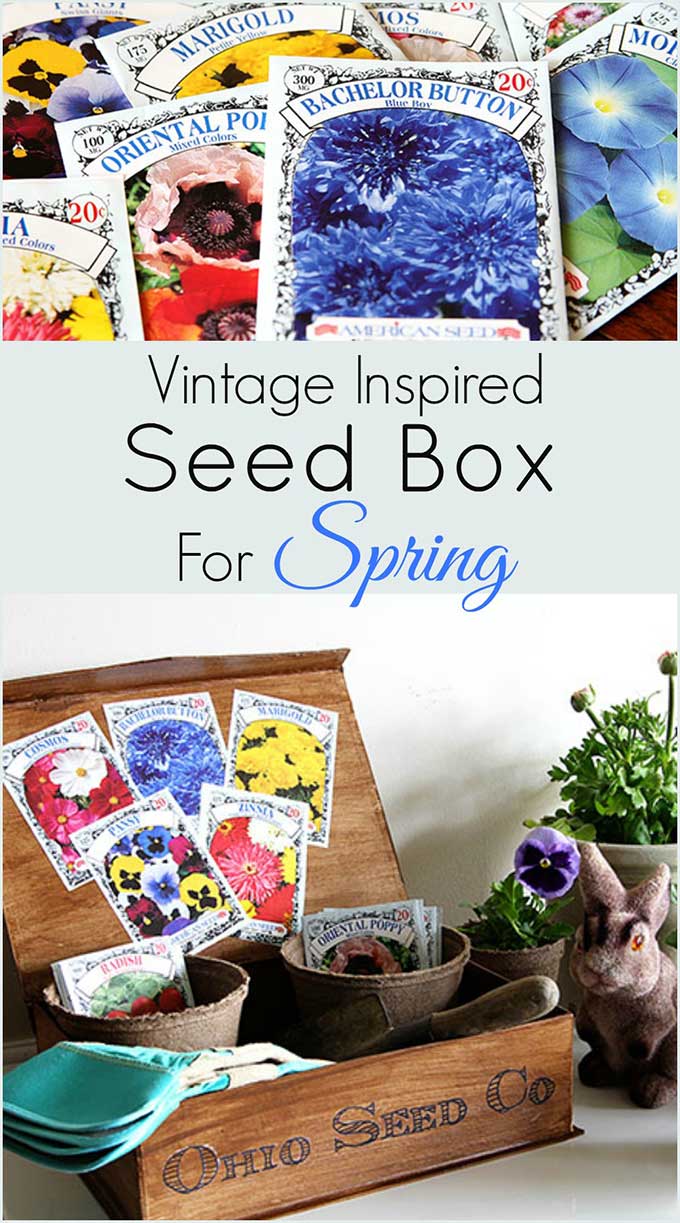 Do you have a love of these old vintage seed boxes too?

If you have one I'd love to see it. I promise I won't be jealous when you tell me you found it an an estate sale for 50 cents.

How To Force Flowering Branches Indoors