How to identify poison ivy and ways to help prevent getting a rash if you come in contact with it. Photos of real poison ivy plants included!

I spent the better part of my childhood running around in the woods.

Not that I was raised by a pack of wolves or anything (although in my teenage years I may have thought otherwise). Just your normal climbing trees. Fishing. Camping. You name it.

My brother used to get poison ivy all the time. But I managed to stay poison ivy free.

Of course, I used to sort of brag about being far superior to my brother. Like I was above all that silly poison ivy stuff and all that.

Then all of a sudden, when we moved into this house ten years ago, I started to be affected by it. Oh, no! 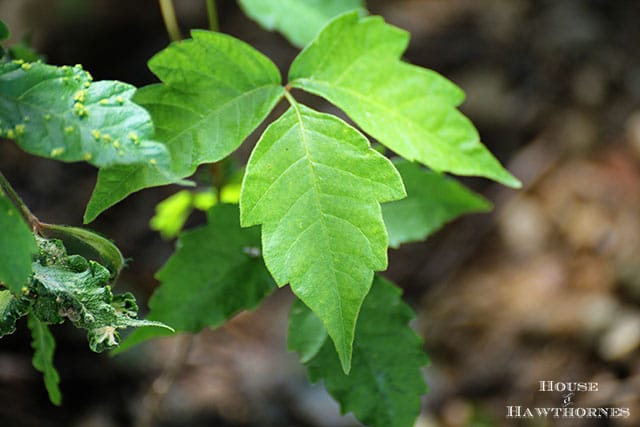 The first year it was just a few tiny pin sized spots on my arm. I didn't even associate it with poison ivy, just assumed I was mildly irritated by something.

The next year it was a whole 'nother story!

One day I casually weeded a flower bed out by the road. I remember seeing a questionable plant, but I was immune to that stuff, so I didn't give it its due respect. Big mistake.

Bada bing, bada boom. A few days latter I noticed the tiny raised spots. Then they started itching. I obliged them.

My reign as Little Miss Immune To Poison Ivy was over.

The story ends with me having to go to the doctor and get some steroids and a drying agent (Domeboro Astringent Powder, sold at the pharmacy) to finally kick it out of my system. This was after weeks of me trying to treat it myself and finally coming to the realization that my arm might just fall off if I didn't seek some professional help.

Why now and not when I was a kid? Who knows?

There are different theories why some people wait until later in life to be affected. Maybe I had been immune and I lost my immunity. Maybe I just had to have a lot of exposure for it to pop out. Maybe it was the number of years between exposures.

I mean, it's been at least 25 years since I've climbed a tree. 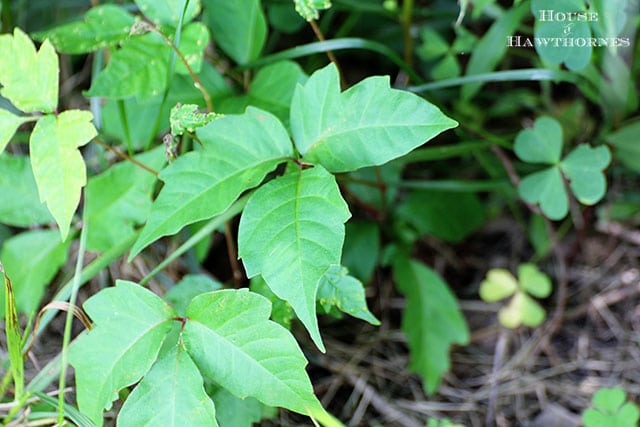 Since the Summer Of The Itch, there are some things I have learned about the dreaded poison ivy.

Probably the 1st thing you need to know about poison ivy is how to identify the plant.

How To Identify Poison Ivy: 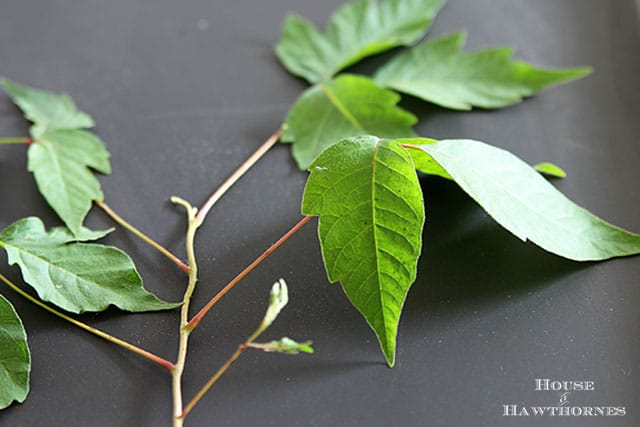 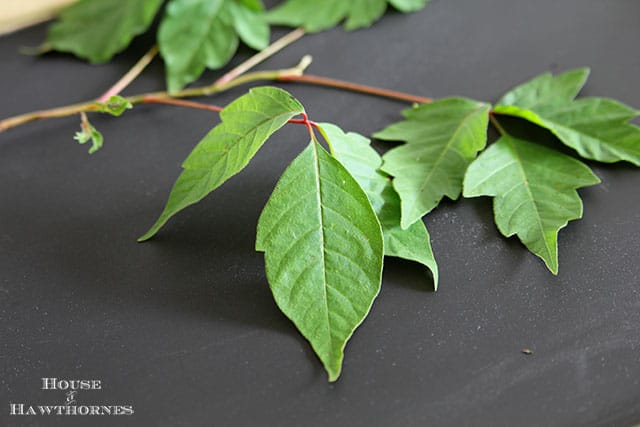 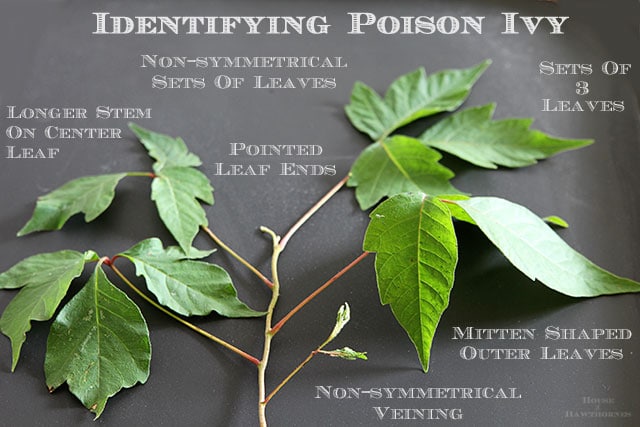 Now that you know what it looks like, it's time to discuss how you can avoid getting a poison ivy rash.

How To Prevent Poison Ivy: 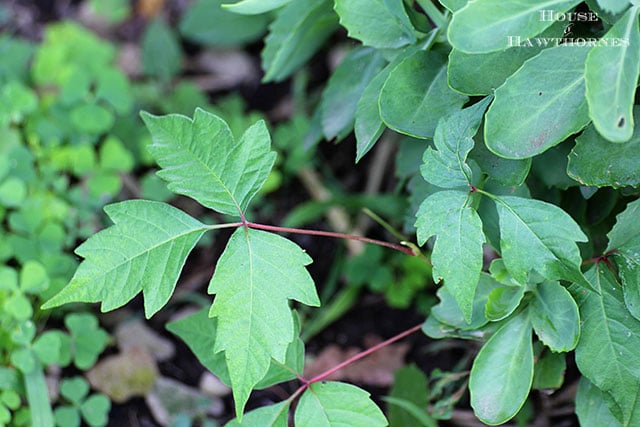 So let's say you thought you had stayed away from the poison ivy, but you still ended up with a case of poison ivy rash, here's how to treat it.

How To Treat Poison Ivy:

BTW, are you wondering how I got those cool photos with the black background? 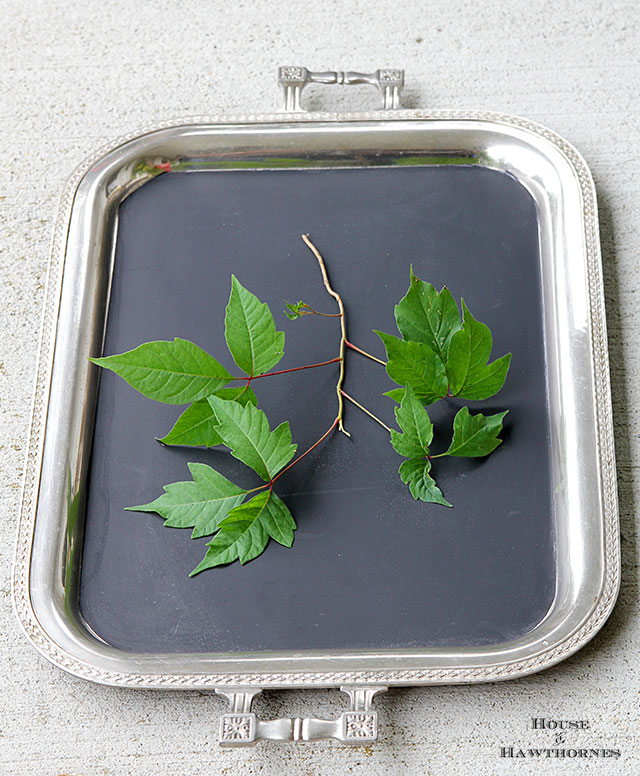 Yes, I cut a piece of poison ivy and placed it on my chalkboard tray. Another case of not giving poison ivy its due respect. It's been two days since I took those photos, so I think I'm in the clear on this case of stupidity.

Is poison ivy a problem for you? Or can you roll around in it naked and come out OK? 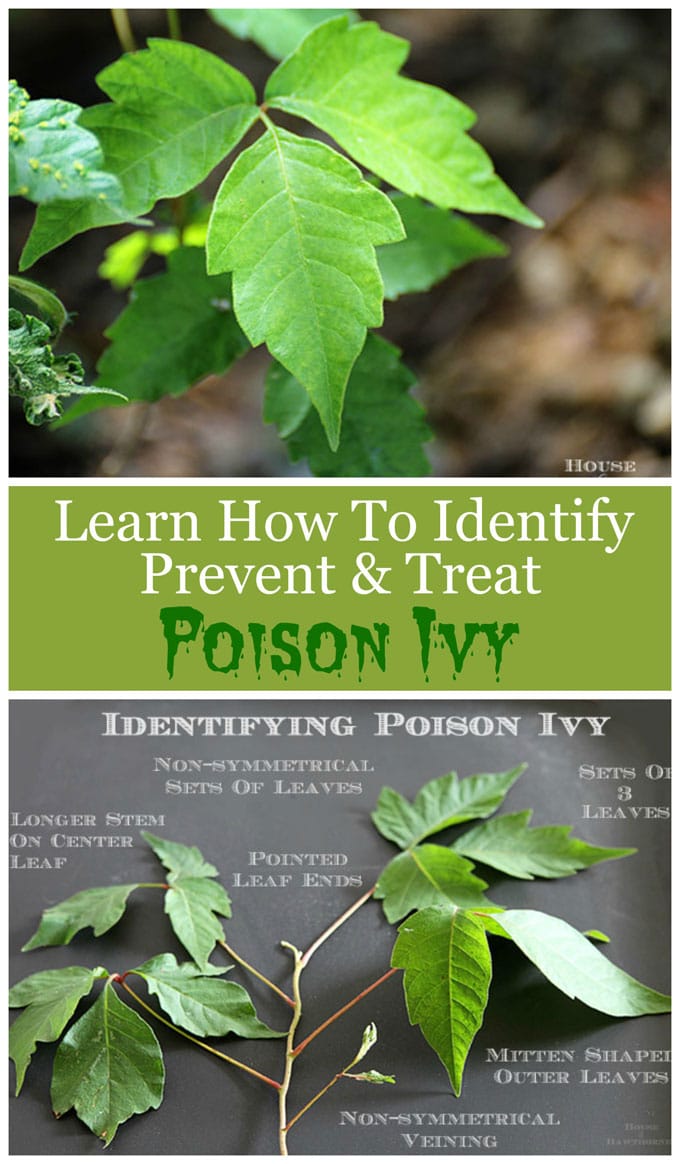 How To Get Rid Of Skunk Smell On Your Dog