It was sort of slow around here with thrift storing and garage saling, probably because of the holiday. 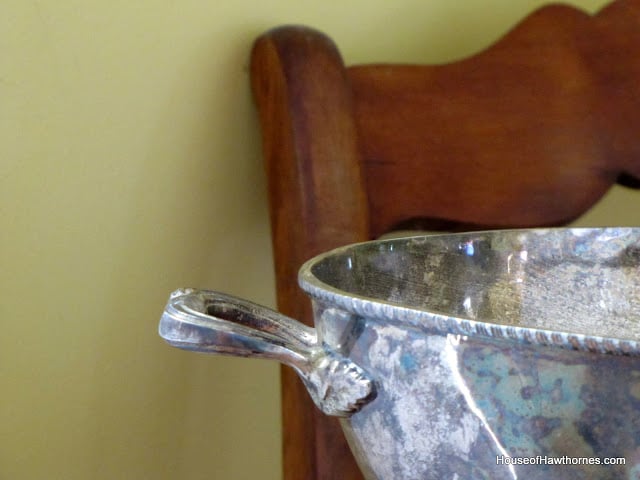 Looks interesting, but let’s save that shininess for last.

First take a look at what I found for a mere 39 cents. A light pink linen tablecloth.

Reminds me of a pink linen suit I had way back when. Before I decided that linen suits were too much wrinkly trouble. 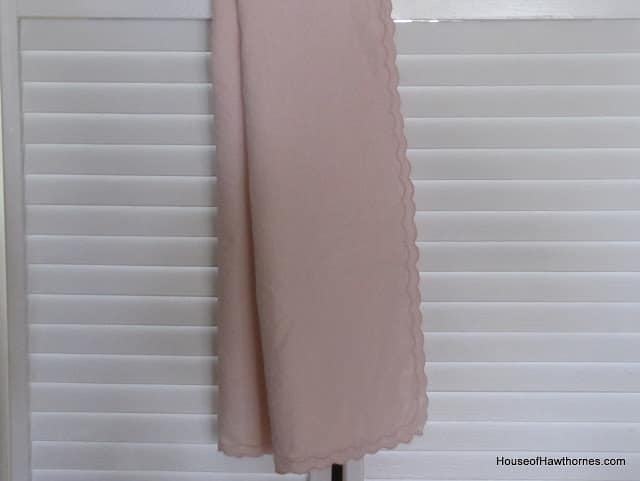 This would have been perfect for the Easter table, but since I didn’t do a big, huge Easter dinner (just pot roast eaten at the breakfast bar), I didn’t use it. Now I’m sort of eyeing the fabric for pillows though. 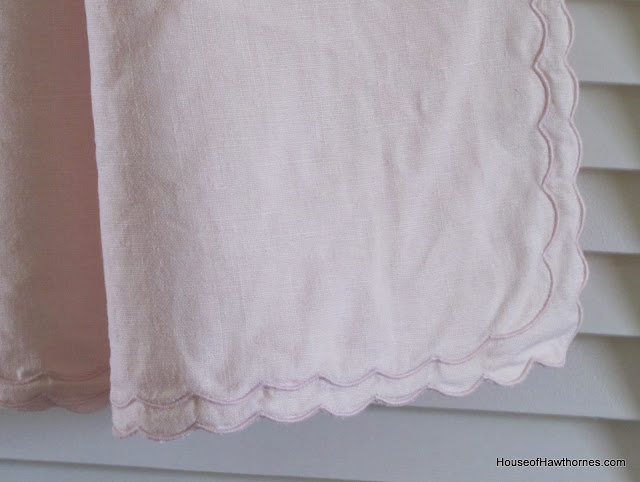 I found a Paden City Pottery Company Oven Proof Bak-Serv dinner plate. That’s its official name. Who could make that up? 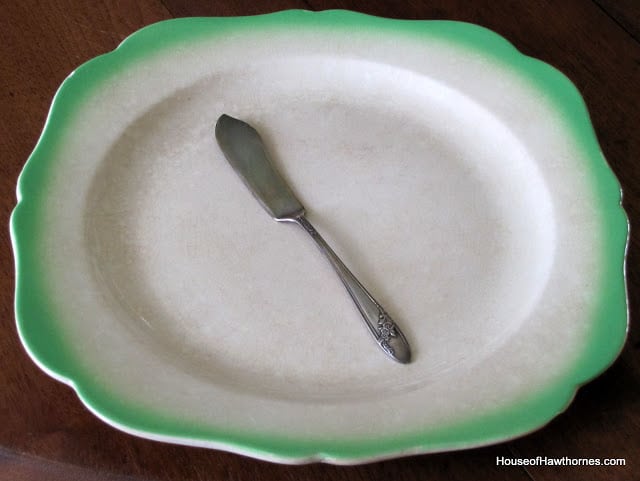 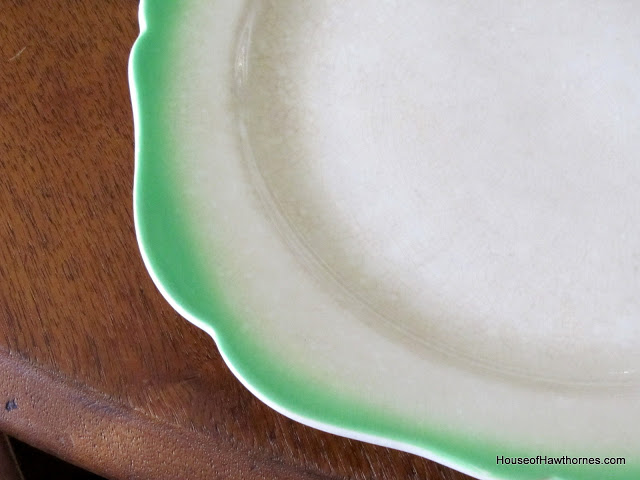 Right now I have it sitting under my black chicken, but who knows where it will end up. 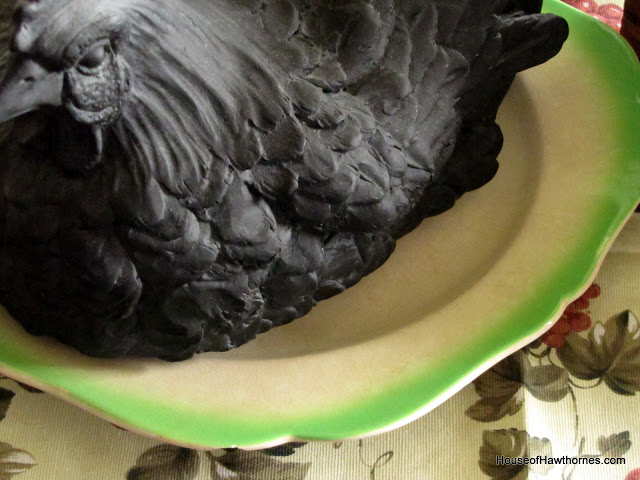 And my piece de resistance is this unique oblong silver plated bowl I found at the thrift store. 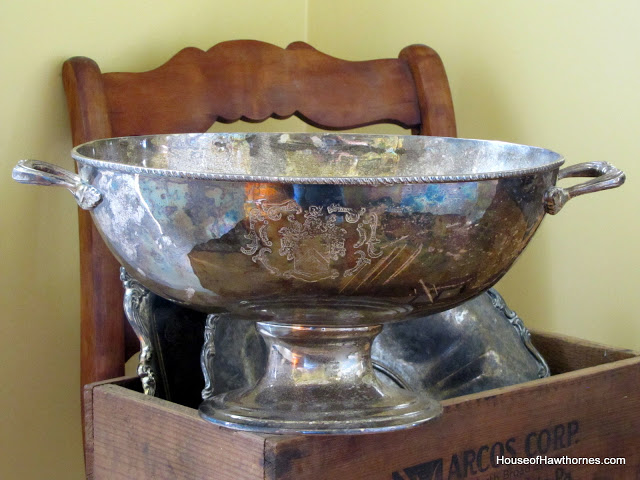 I actually saw it two weeks ago, but I didn’t buy it. After I left the store I had second thoughts, so went back a few hours later to pick it up. 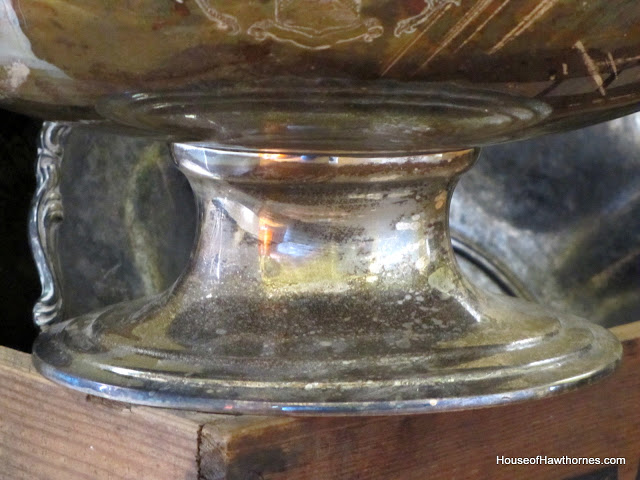 I thought it was good lesson to learn. If you see it and want it, buy it. Don’t count on it to be there later. 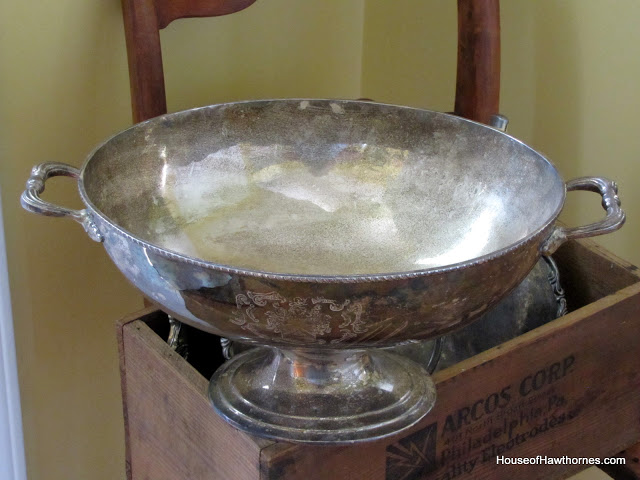 So I went about the last two weeks pining for my find that I let slip between my fingers.

Flash forward to today when I stopped in the same thrift store and what did I see? My footed bowl. 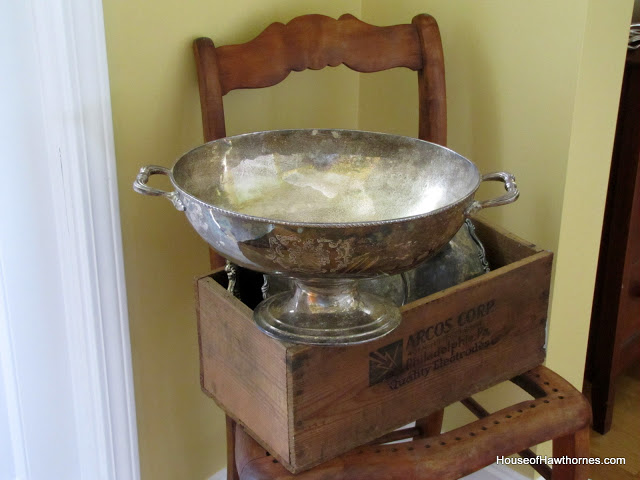 I have no idea where it went to for a while, but I was just glad it had come back to me.

I sat it next to my champagne bucket, so you could get a good idea of the size of the thing. 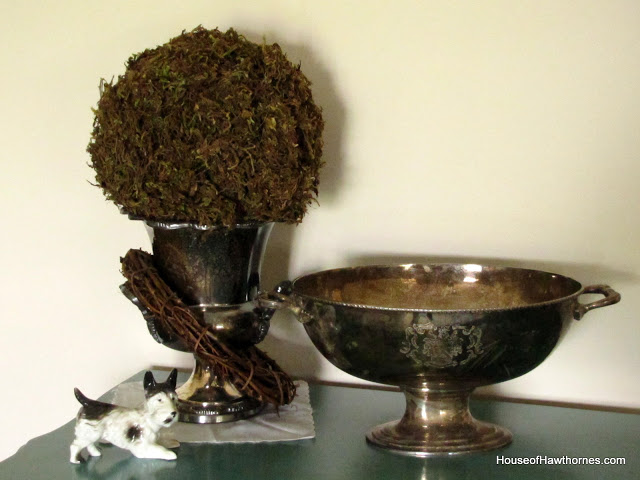 It was a happy thrifting day today!

Partying with Linda at Coastal Charm for Nifty Thrifty Tuesday.